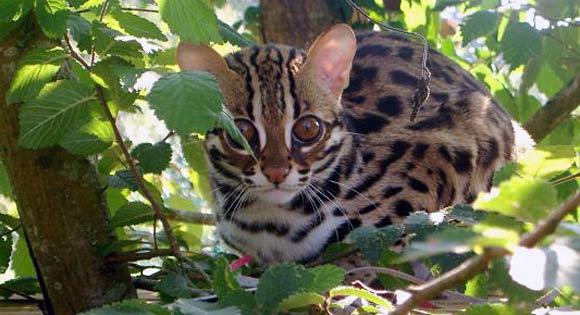 Several subspecies of these little spotted felines have been described, and they range from 3 to 20 pounds in weight.

Being small predators, they are right in the middle of the food chain and are shy, nocturnal, and afraid of humans and larger predators which have been hunting them for centuries.

Embed our infographic image on your site:

You can copy and paste the above code on your website to embed this infographic.
Just press command+c on Mac or control+c on Windows to copy embed code.

Leopard cats are indigenous to a large part of southern Asia. They can be found in agriculturally used areas, deep jungles, and forested habitats from southern India eastward through Bangladesh, Burma, Thailand, Malaysia, China, Korea, and into Russia’s Far East.

Recently, Leopard cats from the Sunda Islands, such as Sumatra, Borneo, Bali, Java, and the Philippines have been recognized as a separate species, the Sunda leopard cat (Prionailurus javanensis).

Based on genetic studies two subspecies of the Mainland leopard cat are tentatively recognized: 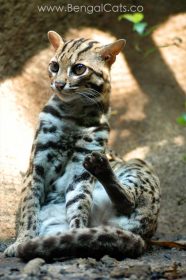 ALCs are known to eat mostly small birds, rodents, amphibians, reptiles, fish, and insects in the wild. Some of them occasionally venture into farmyards to prey on domestic chickens.

It is said that when ALCs attack and kill their victims, they go straight in for the kill rather than playing with their prey as if they were toys

Hunting usually takes place at night and their climbing skills allow them to spend days resting in tree hollows or caves.

The general build of an Asian Leopard cat is somewhat similar to a house cat, but their torso is long and substantial and their legs and body are much longer (25 to 32 inches from head to tail) than normal domestic cats. Hind legs are slightly longer than the forelegs. The tail is thick and medium in length (11 to 14 inches) with a rounded tip. Paws are large with prominent knuckles.

The mainland leopard cat was found to be the ideal candidate for hybridization to give rise to the exotic breed of wild-looking house pet known as the Bengal cat.

[box type=”warning” align=”” class=”” width=””]The leopard cat is a wild animal and shouldn’t be bought or sold as pets. They do not make good pets. So many are taken from the wild, and often the mothers are killed or separated from kittens to take them for the illegal wildlife/pet trade.[/box] 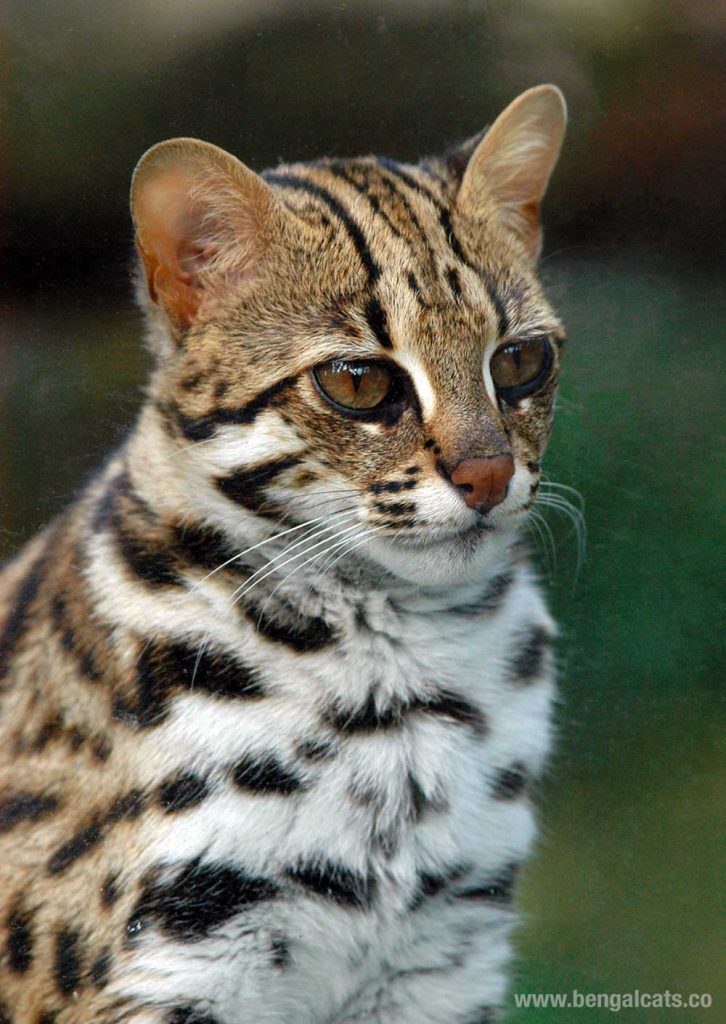 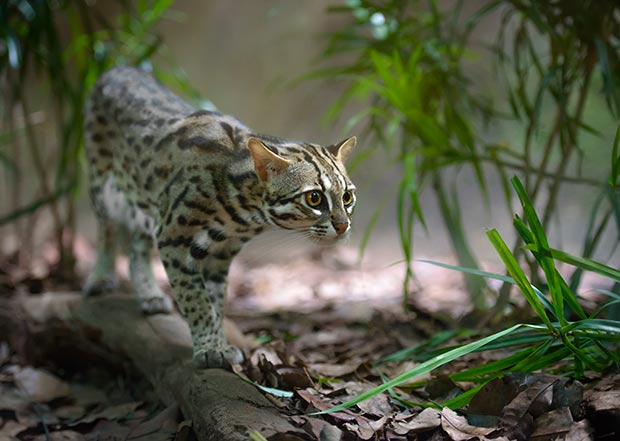