[dropcap]O[/dropcap]lder and obese cats are prone to developing diabetes mellitus or feline diabetes, according to an experienced veterinary hospital. Just like human diabetes, the condition is characterized by having insufficient insulin produced in the pancreas.

The rise of diabetes is not just a trend with humans, but a trend in cats too. Between 0.2 and 1 percent of cats in the general population are believed to suffer from diabetes.

Understanding diabetic symptoms for your cat is critical. Diabetes is often underdiagnosed and if it’s left untreated, it can be fatal for your cat.

[box type=”info” align=”aligncenter” class=”” width=””]How does insulin work? The insulin hormone works in balancing blood sugar levels and glucose in the cat’s diet. Needless to say, your cat is more likely than not to develop the disease if his body’s not producing enough insulin that leads to the accumulation of glucose in this body. When left untreated, diabetes can become disabling and worse, life-threatening.[/box]

There are a couple of symptoms and signs commonly seen in felines with diabetes mellitus. Keep reading the following guide to learn how to spot the signs of diabetes in cats. 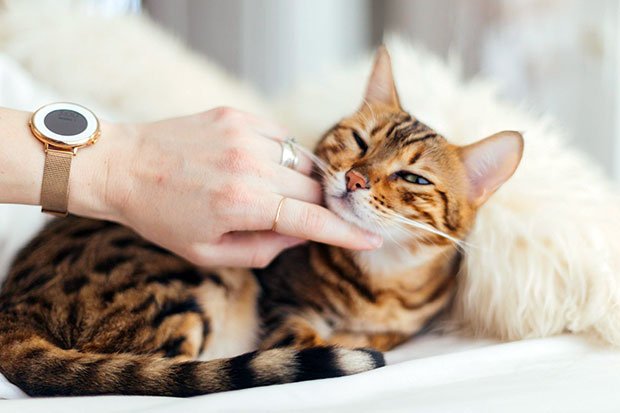 Aside from signs, such as vomiting, lack of body part coordination, lethargy, weakness and abdominal pain, diabetes mellitus in cats can also lead to a decreased (or increased) in appetite (in the late stages).

Notice for anything out of the norm regarding your cat’s eating habits and behavior because they are gluttons or fussy eaters by nature.

Raised Level of Thirst and Urination

Both increased urination and thirst are common among diabetic cats. It happens when there is high blood glucose (BG), increasing the level of glucose in the urine.

Following, this high concentration of glucose results in the pulling off too much water into the urine (frequent urination).

As it does happen, there is also much water loss that results in frequent thirst (or even dehydration).

Cats don’t normally drink much water throughout the day. If you notice that you’re refilling his water bowl more often than you used to, you might want to take him to the vet immediately. It might be a sign of feline diabetes.

It is understood that releasing higher urine volumes also means losing much water – that makes him thirsty more often.

For example, you might want to take note of your cat’s drinking behavior. If your 5kg cat is drinking more than 7.7 fl oz of water, you must be concerned. The numbers should be less for cats with a mixed or wet diet.

Drinking too much water and making frequent visits to his water bowl can be a sign that he has the disease and a reason to take him to your vet immediately.

[box type=”warning” align=”” class=”” width=””]Excessive thirst, along with weight loss, is a first sign of the disease among our feline friends. Weight loss is later replaced by weight gain. This pattern is very specific. You must visit the vet right away even in the absence of other symptoms, including increased appetite and frequent/excessive urination.[/box]

Weight loss (despite an increased appetite) is one of the clinical signs of feline diabetes, occurring when his body is making use of other energy sources, such a fat and protein instead of glucose to feed the cells. It happens because the cells of diabetic cats cannot absorb the glucose in the blood; thus, they’re energy starved.

But then, obesity often follows weight loss in diabetic cats, a common and early sign of diabetes mellitus.

[box type=”info” align=”” class=”” width=””]In early diagnosis, some diabetic cats are overweight, but sudden weight loss can be later noticed. Other medical disorders can also point to the reasons for this rapid weight loss.[/box]

Older cats can sleep in the most part of the day, sometimes up to 20 hours. For this reason, lethargy is hard to detect as a symptom of diabetes mellitus in cats.

For example, if you notice that your feline friend used to be energetic but suddenly lost interest in playing or performing physical activities, then you can tell that he may be having feline diabetes. Or there can be something wrong with his health that calls for immediate vet attention.

Weakness is also connected to the lack of or loss of interest in activities. Your cat will not have much energy because he cannot use the calories that he’s getting from food.

In addition, they may lose muscle mass and become disinterested/lethargic. So if your cat stops playing, hiding often or sleeping longer than he used to, he may be suffering from diabetes. Schedule a visit to your vet immediately.

As you may already know, cats do not drink water often, and it’s normal. So it may be a helpful sign to take note of his frequent urination habits. You may also notice heavier and wetter litter when changing his litter.

Do you change his litter box more often than you used to? Do you notice inappropriate elimination of stools outside his litter box, where he used to be very clean? If you do, you might want to take him to the vet right away.

But then, your cat may also be suffering from chronic urinary tract infection. But still, you may want to go to your vet and have him screened for diabetes.

On the other hand, the disease is commonly ruled out for any improper elimination during accidents such as slipping on the rugs or bed. But then, some cats have been misdiagnosed only for the behavior problem when the actual cause could be feline diabetes. 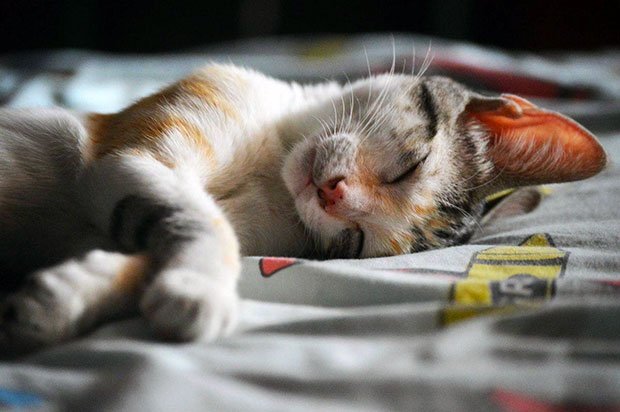 As the disease progresses, it makes the cat’s legs increasingly weak aside from possible complications, such as vision loss and coma. For that, you may also notice that your cat may be walking with his hocks almost touching the ground.

And while vomiting is not a common sign of the disease, it must be taken note of when the treatment begins.

Vomiting may also be a sign of uncontrolled blood sugar – and that your cat is developing ketoacidosis, a diabetes mellitus complication with often severe and concurrent metabolic derangements that have to do with other diseases, such as hyperglycemia.

On the other hand, vomiting does not necessarily mean that their diabetes is worsening. The best thing for you to do is to take him to the animal doctor for proper diagnosis.

Some signs of ketoacidosis to watch out for include appetite loss, extreme lethargy and increased thirst level.

What is “Diabetic Neuropathy”?

This condition is characterized by nerve damage occurring in diabetic cats because high blood glucose can harm and eventually damage the nerves throughout the body especially in the feet and legs.

If you notice a change in gait, such as when he’s walking as if he’s sitting, you don’t have to worry that this is already a case of diabetes. You may want to take him to your vet for correct diagnosis. Such gait change may also be from an injury.

Symptoms of diabetic neuropathy vary based on the scope of the affected nerves. A few include numbness and pain in these areas. Other signs may also include problems with the urinary tract, digestive system, heart and blood vessels.

Other cats may have mild symptoms, but the rest may suffer from disabling and quite painful symptoms that need urgent attention.

You should take your feline friend to the veterinarian immediately if you notice any of the above-mentioned signs.

Over time, the high levels of blood sugar and triglycerides and other types of fat collected in the blood gradually damage the nerves (diabetic neuropathy).

Maintaining good communication and coordination with your veterinarian, you can help your feline friend live a really happy life, even when you’re not with them all the time. Moreover, you can also assist them in living a healthier life even with diabetes mellitus. After all, feline diabetes management and treatment can have higher chances of success and lesser adverse effects with vigilance and proper monitoring of these things.

As mentioned, excessive thirst and urination, loss of appetite, weight loss, weakness and lack of activity are signs that your beloved feline friend has diabetes. If you notice any of the above signs and symptoms, take your pet to the nearest veterinary hospital today!