[dropcap]T[/dropcap]his adorable tiger-striped kitty could, quite possibly, have more Facebook and Instagram followers than you! Meet Thor- a Bengal cat from the Netherlands, who looks just like a cute baby tiger, and has the internet awwwing in unison over him.

“We actually came to look at another kitten, but then the breeder said she had another one that was available and then she came with Thor in her hands,” says Thor’s owner, Rani, in an interview with the Huffington Post.

“We immediately fell in love with his beautiful ‘orange-brown’ colors.”

Adopted by Rani Cucicov, a Belgian resident, in 2013, Thor has an active social media following, with accounts on Facebook and Instagram, and a multitude of adoring fans, more loyal than Kim Kardashian’s.

“My name is Thor. I am a Bengal living in Belgium. This is my Facebook page that is runned by my servants,” says Thor in his Facebook description page. “Hope you enjoy my daily adventures!”

Thor spends his time uploading the cutest videos of him getting chin rubs from his servants (read: owners) and often posts pictures on important issues of the day like “fluffy pawpaws”, naptimes and “shrimpies”. You can also catch kitty pictures of Thor, tagged as Throwback Thursdays.

A cross breed between an Asian leopard cat and a domesticated housecat, 3-year-old Thor has the most gorgeous striped and spotted fur, which makes him look like a cute cross between a Bengal tiger and a leopard.

The Bengal cat is an artificially synthesized breed developed to resemble exotic jungle cats such as leopards, ocelots, margays and clouded leopards. The name Bengal is said to be derived from the Asian leopard cat’s scientific name, Prionailurus bengalensis. It is also a reference to these cats largely resembling Bengal tigers, in terms of fur, markings, and gait.

The first instance of breeding between an Asian leopard cat and a house cat, was reported by Jean Mill, a breeder in California, in the 1960s. Having acquired a leopard cat, she let a black tom cat keep her company, resulting in spotted kittens. It came as quite a surprise to Mill, who hadn’t expected the two to mate.

Some cool facts about Bengals

Bengal cats, which are a crossbreed between domestic house cats and the Asian leopard cat, found their earliest mention in 1889, when Harrison Weir wrote of them in Our Cats and All About Them. Looking very like a wild cat on the prowl, the Bengal, is, however, domesticated through and through.

Descending from Mill’s surprising experiment in the 60s, Bengal cats have since been developed on a large scale, as they demonstrated an interesting trait.

Scientists in the 1960s discovered that leopard cats were resistant to the feline leukemia virus, which led them to experiment and see if the trait could also be passed on to hybrid offspring.

Their spots can be of two types- either with rosettes, giving a jaguar like appearance, or without rosettes, in which case the fur resembles that of a leopard. 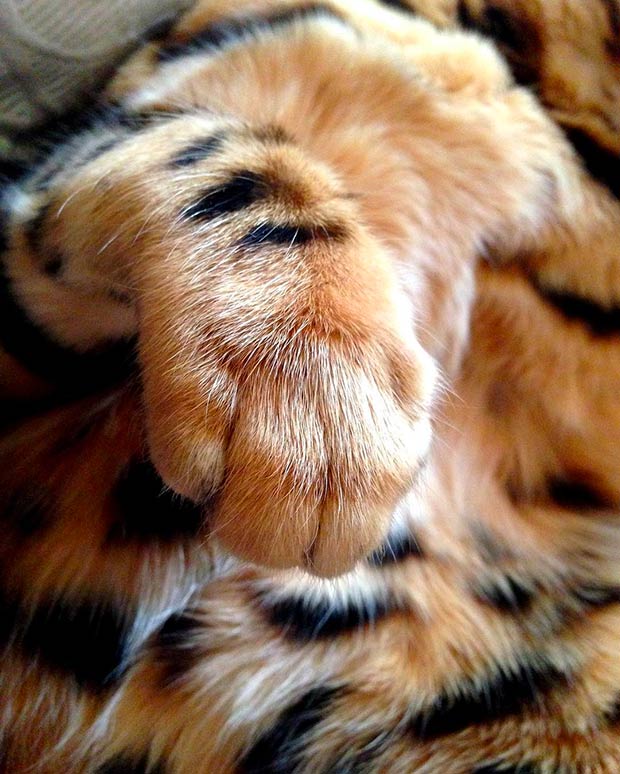 If you’re looking to purchase a Bengal, here are some important things you should keep in mind

Bengal cats, especially those under one year of age, can develop distal neuropathy, a nervous system disorder that causes weakness. Most cats recover on their own, though.

Bengals possess a short, thick coat that doesn’t require much care and maintenance. A quick weekly comb down to remove dead hair and distribute skin oils is a good idea, though. Baths aren’t usually required. (Most often, your kitty will just jump into the shower with you.)

It’s best to brush your cat’s teeth daily, or at least weekly, to maintain dental hygiene and keep her free from periodontal disease, and gum afflictions. It’s also good to trim the cat’s nails weekly, and wipe the corners of their eyes with a soft, damp cloth to remove any discharge.

It goes without saying, of course, that you should use different cloths for each eye, to prevent the spread if infection.

As for all cats, keeping the litter box spotlessly clean, is a must, or scrupulous cats might get put off by the dirty box and start using other places in the house. You don’t want that!

Here are some fun things you can do with your Bengal.

[/tie_list]
Bengal cats make lovely, adoring, and intelligent pets; however, they do require a high degree of care and attention. They also live from seven to nine years. Opt for a pet only if you are absolutely committed to taking care of one.

“I gotta say that I’m pretty shocked that my picture has been going viral this week??”.