[ads1][dropcap]G[/dropcap]ood news for you if you’re a cat lover. The glass ceiling has a crack in it.

No, not that glass ceiling. The other one. The one that, until recently, had confined competitive cats to their own cat show.

After 141 years of what some might call “benign neglect,” (and others might call elitism or second-class pet status), cats have been introduced to the prestigious Westminster Kennel Club Dog Show.

On a very limited, non-competitive basis.

The club did not hold a cat show that the cats could call their own. Nor was there a “best in show” award for cats (which is why the ceiling is cracked, not broken).

But the cats effectively got their licks in when – unsurprisingly – a Bengal (catchily named Jungletrax Abiding Ovation) stole the show from three new, recently introduced dog breeds.

It’s clear from Twitter comments that the event was viewed by some with a bit of tongue-in-cheek suspicion.

Consider this, for example: “Westminster Dog Show is allowing cats? What will they be graded on, which cat can ignore their handler the longest?”

Or this: “Pretty sure these are the end times they spoke about in Ghostbusters.”

But for the most part, the cats did what your cat does: They charmed their public with their personalities and intelligence.

Westminster’s “meet the breeds” event was part of the club’s effort to educate the public about the rich variety of dog and cat breeds. Nearly 40 breeds of cat participated, out of 58 breeds recognized by The International Cat Association.

Each breed had its own decorated booth, reflecting the cat’s native country and origin. And while the show itself wasn’t competitive, the cats did take part in a cat agility demonstration over an obstacle course of sorts. They leaped over bars, jumped through hoops and made their way through slaloms and tunnels and over a balance beam.

The demonstration was similar in spirit to canine events like Westminster’s “Masters Agility Championship,” with at least one notable difference:

While Westminster’s dog and cat show generated national publicity along with amused surprise, it’s just the most recent development in a surprisingly young tradition, and a surprisingly old relationship.

It’s fairly common knowledge that cats were objects of worship 3,000 years ago in Egypt. And you’ve probably assumed that that’s when the house cat became the house cat.

In fact, our domestic relationship is more than three times older than that.

There’s some mystery about what sparked the relationship. As you know if you own one, cats – unlike other domesticated animals – don’t provide us with food or labor like herding sheep or pulling sleds.

That has prompted speculation that cats basically domesticated themselves, allowing us to live in their company.

The Cat Show Comes Into Its Own

Old as the relationship is, though (and ancient Egypt aside), the “cat fancy” love affair you’re a party to is a much more recent development. As is one of the most visible demonstrations of that love affair: the cat show.

There are some questionable reports that the first cat show was held at an English fair in 1598.

Whether or not it actually took place, the first “official” national cat show was staged in London in 1871 for the (human) aristocracy. Roughly 150-200 cats were displayed to a crowd of 200,000 people.

A second show was held later that year for the “working classes.”

The national cat show came to the U.S. more democratically in 1895, and North American cat lovers began their long march toward Westminster.
[ads2]

Westminster’s approach to a show with multiple species probably originated in regional shows around the U.S. For example, a cat and parrot show was staged in Milwaukee in 1895, attracting 2,000 visitors.

Ongoing pet-stock shows around the country at the time might have included cats, dogs, ducks, chickens and ferrets in a single event.

Regional cat-exclusive shows were held in Boston as early as 1878.

But it was the coverage of the 1895 National Cat Show in New York that made the cat show “the order of the day.”

While the shows were evolving, so was the interest in importing and breeding cats. That led to the creation of a number of cat clubs and breed registration processes.

For example, when the Cat Fancier’s Association was created in 1906, it accepted only six breeds – Abyssinian, Burmese, Manx, Persian, Russian Blue, and Siamese.

Today, it has one of the largest registries of pedigreed cats in the world. 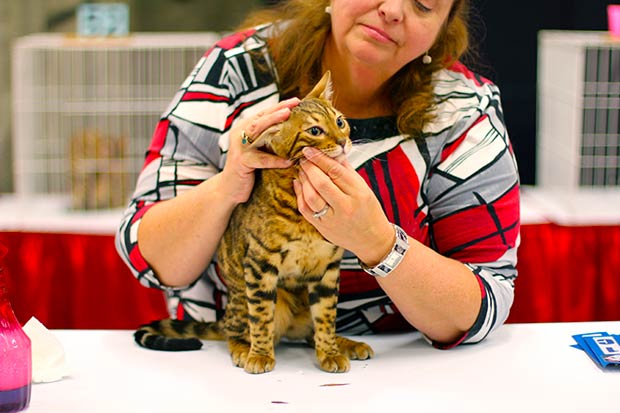 Westminster’s 2017 show is over, and next year’s event may not be convenient for you to attend. But if your curiosity’s been piqued, you should know that participating in a local cat show is easy and rewarding.

Best of all, it isn’t necessary to own an Abyssinian or a Russian Blue or any of the other 40-plus breeds displayed at Westminster.

All you really need is that well loved, well cared for kitty that may be crawling over your keyboard at this very moment.

Assuming you live in the U.S., the best place to start is with one (or both) of the two largest and best-known cat registering and cat show sponsoring organizations in the country:

A third group, the Cat Fanciers’ Federation, which bills itself as “the friendly cat organization and registry,” conducts a smaller number of shows.

Each organization has its own list of recognized breeds and standards, and the lists differ in some important respects.

For example, TICA recognizes the Bengal cat as a championship breed; CFA puts the Bengal in its “miscellaneous” category, for breeds just starting the group’s recognition process.

But if your cat is of an unknown or non-championship breed, don’t let the idea of pedigree put you off. All three groups also sponsor events for household cats of various ages.

Of course, each organization has its own chapters, rules, and awards.

But there are some common guidelines that apply broadly to competitions sponsored by any one of the three.
[ads2]

All three organizations conduct competitions by class. The classes vary, but they’re based on age or show experience, pedigree or lack thereof, and – for pedigreed cats – evaluation against that group’s ideal or “standard.”

And both TICA and CFA have rules that allow competition between cats even if they haven’t been declawed. 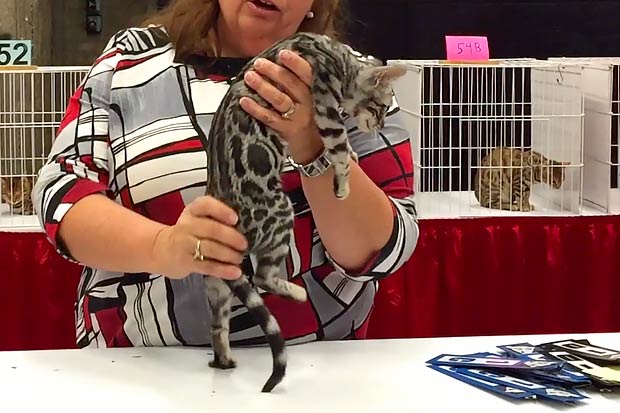 Preparing yourself and your kitty for show competition will take some time. And it’s a good idea to start by attending a few shows so you know what to expect.

Your cat should be well nourished and groomed on a daily basis. If she has front claws, you’ll want to clip them the day before the show.

Your kitty will also have to be current with and have documentation for all vaccinations. And it’s a good idea to schedule any needed vaccinations several weeks before the show to allow for allergic reactions.

Of course, you’ll also need to register and pay an entry fee.

But your biggest job once you’ve decided to compete may be preparing yourself and your cat emotionally.

Unlike dogs at a dog show, show cats spend most of their time on display in a cage. And while attendees may be discouraged from touching, strangers – even if only the judges and their assistants – will inevitably handle your cat.

A cat show will also be louder and less formal than a dog show. And things can turn chaotic when – as happens – a cat stages an escape attempt.

Your cat needs a suitable temperament to be a successful show cat. A nervous cat probably won’t enjoy the environment.
[ads2]

The sponsoring group will provide and assign you a numbered bench cage. Beyond that, you’ll need at bare minimum:
[tie_list type=”checklist”]

The typical show involves judging in several rings at a time, each with its own judge, its own cages, and one or more assistants who keep records and clean the cages between cats.

The judges nominate potential winners in the various classes. Once all nominations are in, the nominees are brought before a judging panel that votes on their favorites by breed and class and, finally, selects the best in show winner.

The process should be fun and entertaining for both you and your cat.

And depending on the show, if your kitty wins, you’ll receive a ribbon that you can display prominently.

And that your cat can ignore with elaborate disdain.